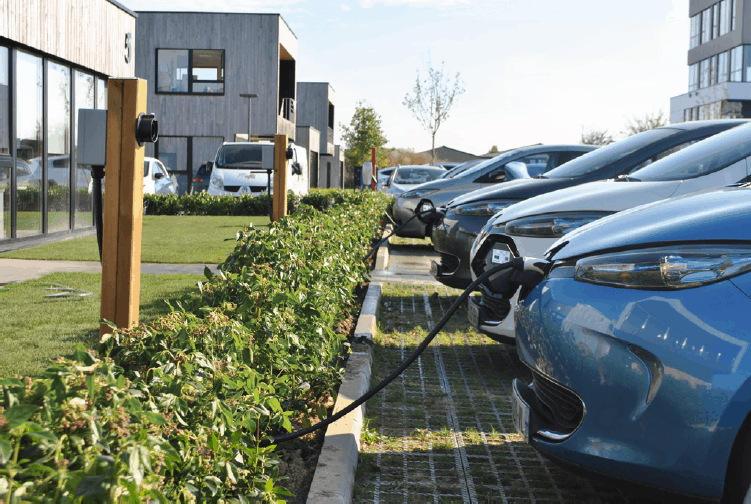 Towards electric mobility in France!

With an 88% drop in the automobile market in April and an average of 80% over the last few months, a relaunch by the State seemed inevitable. We mentioned it in our article COVID-19: what future for the automotive sector? last week, the President of the Republic developed it yesterday.

8 billion euros to save the automotive industry

E. Macron announced yesterday that the State was going to allocate an envelope of 8 billion euros in order to save initially, then revive in a second time.

Although many factories stopped production during this health crisis, there is now too much stock, which is detrimental to manufacturers, but also to dealers. It is therefore necessary, as a first step, to dispose of these stocks.

For this, E. Macron announced an increase of the ecological bonus to the tune of 7,000 € for individuals and 5,000 € for companies, and this from June 1, 2020 onwards. In addition, the conversion premium has been increased to 3,000 € for the purchase of a combustion vehicle and to 5,000 € for that of an electric vehicle.

In the medium and long term

“Make France the largest producer of clean vehicles in Europe”: this is the ambition of the President of the Republic. Today we need to focus on what will dictate the mobility of tomorrow: clean vehicles (electric and hydrogen). For example, the future electric motor developed by Renault will be produced in Cléon (Normandy), while its production was initially planned in China. E. Macron is also counting on large French groups to put pressure on their supplier and thus avoid their relocation.

As we detail in several articles, the emergence of an electric vehicle fleet in France is possible provided that its increase is correlated with that in the number of charging points. For this, E. Macron has advanced by one year the objective of 100,000 charging points on the territory with an aid for the installation of 35,000 to 40,000 charging points by the end of 2020.

In summary, in this period of crisis, the Head of State has decided, as expected, to set a new course for the French automotive industry. First, he wants to boost demand, then, secondly, develop the automotive industry of tomorrow.

Understand everything about Smart Charging

Le Smart Charging est un terme désignant les fonctions intelligentes de la borne de recharge qui permettent son pilotage énergétique afin d’optimiser son utilisation et, par conséquent, sa consommation.Smart Charging is a term for the charging point’s intelligent functions that allow its energy management in order to optimise its use and, therefore, its consumption. In view of the emergence of the electric vehicle fleet, smart charging should become a condition for the users’ well-being with the aim of avoiding an overload of the national electricity grid. To sum up, the goal is therefore to get the most out of your charging point by avoiding unnecessary costs and controlling consumption.

Smart Charging means recharging at your charging point at the best cost and at the best time.

Energy management will allow you to save money

First of all, you will be able to program your charging point in function of your electricity contract. If you have an off-peak/peak-hour contract, you will be able to schedule your recharges during off-peak hours in order to minimise the cost of each of your battery fill-ups.

Optimise the use of your charging points

Let’s take an example: you have 3 charging points with a power of 15 kW. You have connected 2 vehicles, at 7.4 kW each. A third vehicle arrives, and connects. To charge them all to maximum power, you would need 22.2 kW. Problem, you only have 15 kW. In this case, load balancing distributes the power equally (5 kW each) so that each car recharges without exceeding the maximum power of 15 kW.

In addition, thanks to Peak Shaving, it is possible to set a maximum power that the charging points cannot exceed. Peak Shaving works even if you only have one terminal. When recharging your vehicle at your home, the power consumed can indeed reach the maximum authorized for your installation. Therefore, you cannot use another electrical device at the same time. It is the same for a company, although the powers are much more important, it is necessary to respect the subscribed power.

Add to this the need for Smart Charging when you have a renewable energy production capacity and want to use it to charge your vehicle. Take the example of photovoltaic (PV) panels. PV energy production is irregular depending on the weather. Thus, Smart Charging will allow you to adapt the power and quite simply your recharging according to the amount of electricity produced by your PV.

New perspectives thanks to Smart Charging

Finally, Vehicle-to-Grid (V2G) is still in the experimental phase, but could become a key element of the energy transition. Today, we talk about Grid-to-Vehicle, where the energy of the grid allows to recharge the batteries of electric vehicles. V2G should allow energy to be stored in vehicle batteries when there is excess energy on the grid. The aim is to redistribute it and avoid excessive fluctuations, something feared with the development of renewable energies which produce irregularly. Vehicle-to-Grid will therefore make it possible to use the batteries of electric vehicles when they are parked. To be continued…

In short, Smart Charging makes it possible to charge an electric vehicle at the best time, at the best cost with positive effects for users, the grid and the ecological transition.

If you have any questions regarding Smart Charging, don’t hesitate to contact RossiniEnergy!